By: Penny Stocks to Buy, Picks, News and Information | PennyStocks.com - Feed
AMC Stock Has Shown Traders Why Penny Stocks Are So Strong

Penny stocks are one of the highest risk types of assets you can buy in the stock market. One minute you’re looking at a 200% windfall, the next, you might’ve lost your entire position. The crazy part is that this can happen within a few hours. Regardless, it hasn’t prevented the millions of Reddit and Robinhood traders from flocking to countless stocks under $5 in hopes of hitting it big.

Recently AMC Entertainment (NYSE: AMC) has become a badge of honor for retail traders. Things like “apes strong” and YOLO are now part of the daily discussion. Furthermore, the “fight” against Wall Street funds rages on. While the broader stock market talk may be centered around the Federal Reserve, AMC stock, and others are turning heads among retail traders, why?

The fact of the matter is that many of these meme stocks have defied the “laws” of the stock market. In the case of many of the former penny stocks turned memes, even worthless companies have become multi-billion dollar behemoths. Some have even grown in market cap beyond many of the top stocks in the market. The driving force has been a banded-together pack of retail traders.

Even though AMC stock is down today, it didn’t negate the fact that year-to-date, the former penny stock is trading more than 2,300% higher than where it started the year. What’s more, thanks to the surge in popularity and share price, the company may have also gotten another lease on life. AMC has been able to raise hundreds of millions in new funding this year.

This brings us to our list of former penny stocks today. While they haven’t exploded to AMC or GME stock heights, all are trading much higher than they were earlier this year. On top of this, they’re also holding levels well above the penny stock range of $5 and under. Will they be worth putting on your list of stocks to watch this month?

Shares of GT Biopharma were hovering in penny stock territory in March. The biotech company managed to uplist from the OTC to the Nasdaq in 2021, bringing more attention from a larger audience of investors. Since doing so, much of the Robinhood and Webull crowd has seen first-hand the key advancements and milestones reached this year. I say this because both platforms, with some exceptions, don’t offer access to OTC penny stocks. Needless to say, GT Biopharma’s lead treatment candidate, GTB-3550, has remained the center of interest.

It’s being designed around the company’s tri-specific killer engager technology or TriKE. This platform is being developed to take cancer cell killing to another level. In fact, the company has already found the treatment offers a considerable reduction in tumor burden in animal models. It also increased the overall survival in animal models of solid tumor cancers. What’s more, the current Phase1/2 trial of GTB-3550 has shown promise in its first round of patients.

Recent results from the first 9 patients in the study showed GTB-3550’s ability to reduce up to 63.7% bone marrow blast levels and showed no signs of adverse side effects. The treatment is being studied in patients with acute myeloid leukemia (AML) and myelodysplastic syndrome (MDS). The company is set to provide a corporate update at the upcoming Raymond James Human Health Innovation Conference next Tuesday, June 22. A few days later, GTBP stock formally becomes part of the Russell 2000. So some may say a lot has happened with GT Biopharma in a very short period of time. The stock is up over 260% since early March. 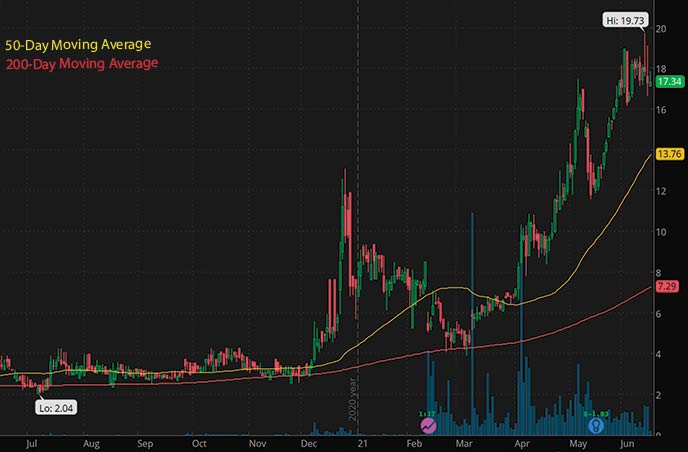 We had Orphazyme (and CytRx Corporation (OTC: CYTR)) on our penny stocks list even before the week began. This past Sunday, we discussed potential upcoming catalysts for the two companies this week.

In particular, Orphazyme’s applications for arimoclomol for Niemann-Pick disease type C (NPC) are under priority review with the U.S. FDA. This week’s potentially important as the applications have an expected PDUFA action date of June 17, 2021. Considering that date is Thursday, it makes sense why there’s been so much excitement recently.

Orphazyme is collaborating with Cytrx Corp. in developing arimocolmol. The drug previously failed in clinical trials for amyotrophic lateral sclerosis and Niemann-Pick disease. On the eve of what could be an interesting day for the company, the market has perked up once again. Shares of ORPH stock have skyrocketed over 70% on its highest single-session trading volume all year.

What do analysts think about Orphazyme? Earlier this year, Bank of America analysts actually downgraded the stock from Neutral to Underperform and slashed their price target from $13 to $5. Will that outlook change if or when new information on arimocolmol gets revealed? 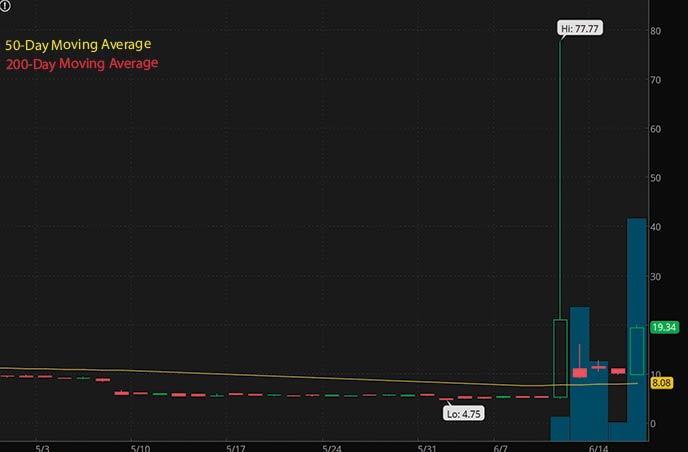 The one name on this list of penny stocks that set the stage for early “memery” is Workhorse. That’s my opinion, at least. The EV company was all over headlines thanks to tweets from former president Donald Trump. In fact, back in early 2019, the company began gaining attention after a famous “Trump Tweet” was made. He said, “GREAT NEWS FOR OHIO! Just spoke to Mary Barra, CEO of General Motors, who informed me that, subject to a UAW agreement etc., GM will be selling their beautiful Lordstown Plant to Workhorse, where they plan to build Electric Trucks. GM will also be spending $700,000,000 in Ohio…”

At the time, WKHS stock was trading below $1 per share. But since then, it has put it on the radar of retail traders across social media. Fast-forward a “few” months, and this year a surging interest in EV and alternative energy stocks sent WKHS stock soaring. Ultimately, it reached highs of $42.96.

Is it worth taking a closer look at right now? Considering the massive drop the stock had in February, any “unusual” volume has become an interest of the Reddit crowd. In this case, the last week has been more active for the former penny stock. Workhorse trading volume has been running well above average. The big point of focus is on a report that suggested the company will file a legal challenge to the US Postal Service.

There was a previous decision made by the USPS to award a delivery contract to a competing company, Oshkosh. Workhorse had proposed building an all-electric fleet for the Postal Service, winning support from lawmakers across the nation. What’s more, President Biden’s green initiative has placed a particular spotlight on government vehicles. Earlier this year, President Joe Biden outlined a plan to replace the government’s vehicle fleet with electric vehicles assembled in the U.S. 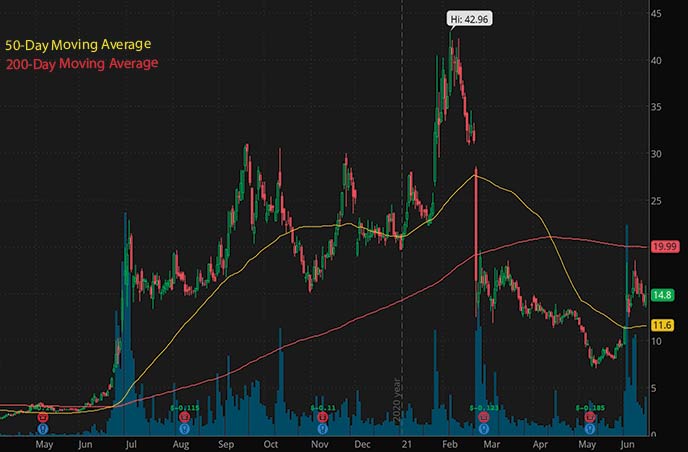 Are Penny Stocks Worth It?

These are just a handful of former penny stocks listed on major exchanges that continue gaining attention. Not only that but they’ve all managed to stay far away from the penny stock range that they started in. Taking out the meme stock madness, it’s important to understand that hype isn’t the only thing that drives progress in the market. Though these companies span across different industries, they’ve all managed to reach new heights based on hitting significant milestones over the last few months. 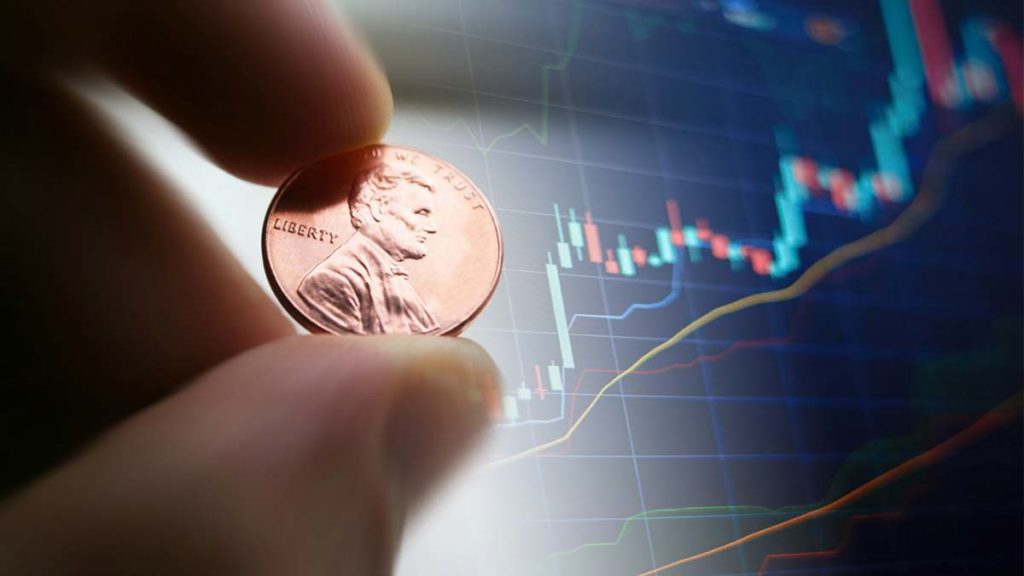