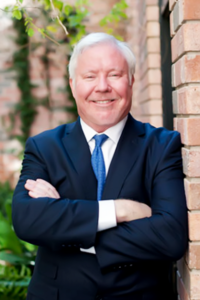 A jury awarded $926,000 to a plaintiff in an IVC filter case after unanimously finding that Bard had negligently designed the filter.

SANTA BARBARA, CA, UNITED STATES, May 17, 2021 /EINPresswire.com/ -- On Friday, a jury in Portland federal court awarded $926,000 to a plaintiff in an IVC filter case against Bard Peripheral Vascular and C.R. Bard, Inc.

Justin Peterson, represented by Martin Baughman PLLC, Dallas, Texas, was injured when a Bard Eclipse IVC filter perforated his vena cava and duodenum leading to massive bleeding and the necessity of an open abdominal surgery to retrieve the filter and repair the damaged blood vessel and small intestine.

Peterson, age 38, had received the Bard filter after being diagnosed with a deep vein thrombosis (“DVT”) in 2010. In 2015, Peterson experienced severe bleeding, became lightheaded, and suffered severe abdominal symptoms which were later attributed to the filter having punctured his duodenum.
Peterson’s wife rushed him to a local hospital in Portland, Oregon where he was treated by Dr. John Wiest who performed the surgery.

The jury of 8 unanimously found that Bard had negligently designed the filter and negligently failed to warn doctors regarding the defective device, which Bard had placed on the market in 2010 as one of its replacement devices for its second generation G2 and G2X filters which had been previously pulled from the market by Bard.

Bard has been plagued with problems associated with its retrievable line of IVC filters including fracture, migration, and perforation, and was the subject defendant in an 8000 case MDL that was disbanded in 2019. Hundreds of remanded cases are on file in federal district courts across the country and many are now set for trial. Peterson’s case is the first Bard case tried after closure of the MDL, and the first Bard case tried by Martin Baughman’s trial team consisting in the Portland trial of Thomas Arbon, Jason Voelke, and Ben C. Martin. Joining Martin Baughman as co-lead counsel was Joseph Johnson, West Palm Beach, Florida, and Keith Dozier, Portland, Oregon.

Martin Baughman lawyers Laura Baughman and Ben C. Martin previously obtained a $3 million jury verdict against Cook Medical in another IVC filter case in Indianapolis, Indiana in February, 2019. Both attorneys are currently in trial against Bard in another IVC filter case in Dallas, Texas federal court. In that case a Bard Recovery filter fractured with struts of the filter embolizing to the plaintiff’s heart and lung. Recovery filters had a short life span, themselves being replaced by the G2 in 2005 after less than three years in the market. That trial is expected to last two more weeks.

Click for more information about Martin Baughman and visit https://vignalawgroup.com/ to learn about its partner, Vigna Law Group.