God Has a Wife According to New Book by Edward Dodge 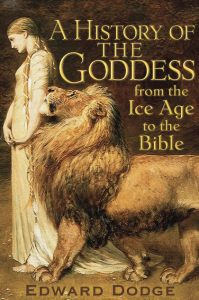 a history of the goddess 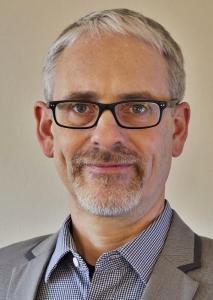 WATERVILLE, OR, USA, May 17, 2021 /EINPresswire.com/ -- In "A History of The Goddess from the Ice Age to the Bible," Edward Dodge demonstrates that the early Hebrews were pagan, God had a wife – the Mother Goddess, Asherah – and the Bible tells the story of their divorce.

Goddess worship promoted equality for women, social justice, a spiritual connection to nature and the cycles of life, cannabis use, and sexual freedom. It also celebrated transgenders and practiced abortions. When the Goddess was thrown out by the Hebrew monotheists, with her went those ancient traditions.

"A History of The Goddess" reinterprets many familiar Bible stories and characters by showing where the Goddess appears. It also reframes the Bible by comparing it to the mythologies of neighboring cultures.

“My basic premise is the heavenly father and the earthly mother are the original gods … they’re the parents of all the other gods. When the Hebrews come along with monotheism, they say, ‘It’s going to be the heavenly father alone and we get rid of everybody else.’ The earthly mother [gets] shoved out of the way. But all the witches and whores and homosexuals and plant-drug folks that have been being persecuted for the last two thousand years are all, one way or the other, followers of the goddess. And all the indigenous people, too, who all believe in the earthly mother, they’ve all been persecuted by Christians, too.” – Edward Dodge, TrineDay: The Journey Podcast #35

"A History of The Goddess from the Ice Age to the Bible" is available at Amazon and TrineDay.com.

Edward Dodge is a technology consultant and writer from Washington D.C. with degrees from Cornell University. He is a lifelong Green and an expert on renewable energy. As a hobby, he has studied the history of cannabis, which provided the origins of this book. He is available for interviews. Please contact us as shown below.