Niles Abston is a comedian who hails from Mississippi. He recently dropped his debut hour stand-up comedy special ‘GIRLS DON’T TWERK TO JOKES’ streaming on YouTube, Spotify, Apple, and all other platforms. The album version reached #3 on the iTunes comedy album charts.

Los Angeles, California – May 7, 2021 – Growing up was a challenge for Niles, after all, he has had a failed rap career, got dumped over the phone twice and he is too short to donate sperm. Now it is time to talk about it. On February 15, 2020, Comedian Niles Abston shot his debut comedy special “GIRLS DON’T TWERK TO JOKES”. It quickly skyrocketed to the #3 position on the iTunes comedy album charts.

“Girls Don’t Twerk to Jokes” is Niles Abston’s debut comedy special. It was shot and performed independently in the living room of a house aka “The Scoopty Boopty Comedy Show”. The show was well received and was a popular YouTube comedy special in 2020.

Niles has performed on stages all over the country and also has multiple writing credits on viral projects through Comedy Central’s digital platform. Follow Niles on his weekly docu-comedy YouTube series, “The Niles Abston Show” and listen to him on “The Clowncast” podcast.

“The Niles Abston Show” is a weekly docu-series following comedian Niles Abston getting back into live stand-up after dropping a special in a pandemic. Along the way, you will meet his other comedic and artistic friends working toward their goals too.

“The ClownCast with Niles Abston & Harper-Rose” is an unhinged podcast with comedians Niles Abston and Harper-Rose. The duo break-down the biggest stories each week from the internet, each other’s wildest tweets, and bring on some very interesting guests that basically make each episode a party.

Niles is proud to announce that July 2nd, they are doing a live ClownCast show on Melrose in Los Angeles. The ClownCast Live on Melrose will feature comedy sets from Niles and Harper, Arthur Hamilton, Gabby Lamb, Nthenya from Kenya, and Chaz Carter along with live music. Each ticket will grant access to all of these performances as well as access to the open bar which will feature signature drinks “The Nasty Niles” and “The Harper-Rosé.” Doors open at 7pm.

Stop by and visit Niles at: https://www.nilesabston.com/ 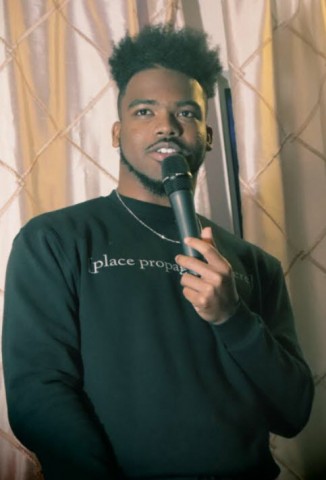