Rick Newcombe, Founder and Chairman of Creators Syndicate, On the Benefits of Strength Training 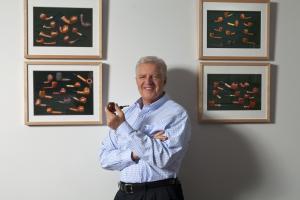 LOS ANGELES, CA, UNITED STATES, May 6, 2021 /EINPresswire.com/ -- Strength training has a slew of immediate advantages. It will enhance your mental health, raise your metabolism, and provide a good aerobic workout without the need to run. It also has some significant long-term health benefits that will keep us lunging for years to come.

Regular exercise, combined with a well-balanced diet, is one of the most important things we can do to protect our health. Although any type of movement can be beneficial, strength training has its own set of advantages. Here are a few of them.

Strength Training Improves Your Balance:
Falling is the leading cause of injury and death in older Americans, according to the CDC, and lifting weights dramatically improves our balance over time. Good balance is the best protector against falling, and if you do take a spill but have good balance, the injuries are not as serious. Even light weights with good form can make a big difference in improving your balance, says Rick Newcombe, author of the award-winning book, The Magic of Lifting Weights, which is his personal story about lifting weights since childhood, initially to build muscles, but now, in his seventies, he lifts because of the great health benefits.

Weight Training Increases Our Bone Density:
Many elderly succumb to what has been called “toothpick bones,” which are easily broken. One of the best benefits of resistance training is to increase our bone density. Weightlifters have massively dense bones, and seniors who exercise with light dumbbells are mimicking the movements of the champions, and there is always improvement in their bone density, as shown on X-rays. Newcombe tells the story of how his orthopedic surgeon was shocked at how massive his bone density was in his sixties, as displayed on a CT scan.

Weights Slow Down Muscle Loss:
Most people think of big muscles when they hear about lifting weights, but many seniors have discovered that weight training actually slows down the loss of muscle that goes along with getting older. The average man loses 30% of his muscle mass between the ages of fifty and seventy, but much of that loss can be prevented by resistance training. When our bodies are packed with muscle rather than fat, we can actually eat a little more because muscle is more efficient than fat when it comes to burning calories.

Strength training can reduce the risk of developing type II diabetes:
People develop type II diabetes after becoming insulin resistant. That means that their body no longer is able to clear blood sugar as effectively as it should and the level of glucose in the blood becomes too high. If left unattended to, it can have serious ramifications – from stroke and nerve damage to blindness and miscarriage.

It also reduces your chances of heart disease:
Weightlifting is good for your heart, and it doesn’t take much – so says a 2018 study from Iowa State University. Lifting weights for less than one hour a week may reduce your risk of heart attack or stroke by up to 70%, researchers concluded, with the results showing that the huge benefits of strength training are independent of running or any other kind of aerobic activity.

“People may think they need to spend a lot of time lifting weights, but just two sets of bench presses that take less than five minutes could be effective,” said DC Lee, associate professor of kinesiology and study co-author.