Penny Stocks to Buy? Here’s 3 For Your Thursday Morning Watchlist

As April comes to an end, finding penny stocks for your morning watchlist can be an invaluable tool. Now, because there are thousands of penny stocks out there, the choice is almost unlimited. But, just because the option is there, does not mean that it is worth buying. Rather, investors need to understand both the trends that are in play right now and the factors that are affecting a penny stock’s price.

There are two ways to think about this. On one hand, we can consider there to be macro aspects such as what an industry is doing, how geopolitical and economic factors will impact that industry, and more. These are the broad factors that investors should understand before picking a penny stock to buy.

Second, we have the micro aspects that are affecting a company’s share price. This includes company-specific news, sub-sector-specific events, and anything that relates to only a small group of companies or one in particular. After you’ve created a penny stock watchlist of potential companies to invest in, it’s important to consider what could affect that business in the short and the long term.

[Read More] Top Tech Penny Stocks to Buy This Year? One Up 102% YTD

Overall, these steps will help to make sure that your portfolio has the best chance at profitability, no matter how experienced you are. Whether you buy penny stocks on Robinhood or other brokerages, having a proper trading education is the best way to avoid losses. But in the meantime, the steps outlined above can be beneficial to consider. With this in mind, here are three penny stocks to watch for your morning watchlist.

Only a few days ago, METX reported some very solid numbers about its business, sparking a recent bullish rally. But before we get into them, let’s talk about what Meten Edtechx does. METX is a leader in ELT services in China. ELT or English-learning training is a large industry globally, but this is especially true in China. The company operates a digital platform that allows students and professionals to learn English and gain complementary skills.

It operates through three brands; Meten, ABC, and Likeshuo. Meten is its main platform, offering adult and junior ELT services. ABC is aimed at children, where it provides similar services, but ones that are tailored at the younger age range. And Likeshuo is an online ELT platform that can be used more broadly. The company as a whole utilizes cutting-edge technology to drive traffic to its teaching and management systems. This includes artificial intelligence, which is deployed across all aspects of its business.

On Thursday, April 29th, Meten Edtechx reported an almost 500% increase in gross billing as well as a similar increase in the enrollment of students in its junior ELT department. All of the education centers across 22 cities in China, achieved their profit targets for the latest quarter, indicating solid topline performance for the company. I

n addition, the company only expects its business to continue growing in the coming months and years. So, if you’re looking for a fast-paced business model with solid performance, METX could be worth watching. 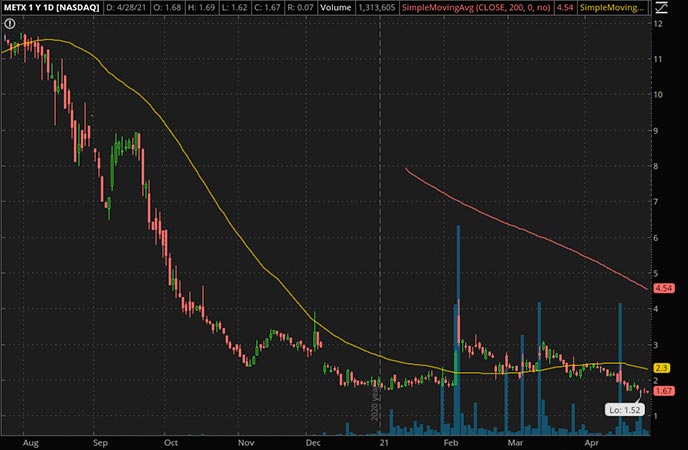 While no company-specific news is driving CDEVs pre-market high volume, shares of Centennial are already up by around 5% before the market open. One of the catalysts for this could be its upcoming first-quarter earnings report, scheduled for May 4th at 8:00 AM EST. However, it seems as though CDEV could be seeing a correlative gain due to its role as an energy penny stock.

Centennial Resource is an independent oil and gas company working on unconventional oil production and natural gas reserves. Its assets are primarily focused in the Permian Basin, and specifically in the Delaware Basin (a sub-basin of the Permian). To understand the bullish sentiment behind CDEV, we have to take a broader look at the energy industry.

Since the pandemic began, oil production and demand have been quite volatile. While some states have reopened, others are beginning to close again. But, massive vaccine rollouts mean that more people are traveling now than in the past twelve months or so. Many major oil producers have curbed production, leading to higher prices in raw fuel. However, now that case numbers are declining, drilling activity is beginning to increase once again.

Additionally, OPEC announced a few days ago that it will be slowly increasing production as well, which has driven up the price of oil companies. While we like to think that companies in the energy industry operate independently, they are all subject to the volatility of the oil industry. And because CDEV is a penny stock, it tends to fluctuate more than the big-name oil producers. Considering this, is Centennial worth adding to your watchlist? 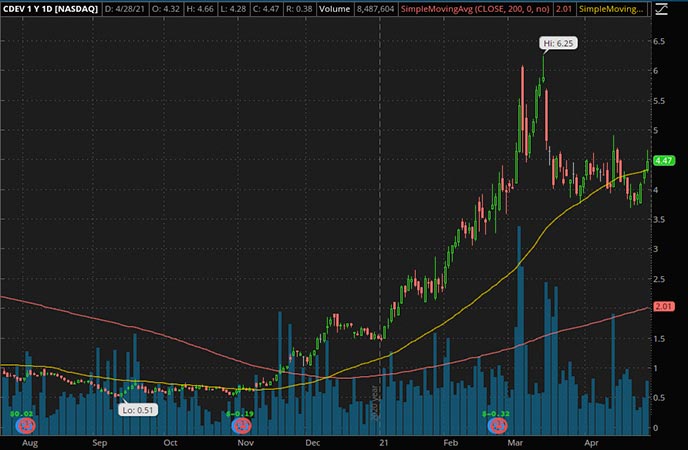 Foresight Autonomous Holdings Is a tech penny stock, working in the development of vision software. This includes products made for cellular-based applications that can be used in a wide range of markets. Its vision solutions are included in automatic calibration, sensor fusion, and industries such as autonomous vehicles, defense, and heavy industrial equipment.

Because its tech has such a broad use case, its options for commercialization are almost unlimited. And considering the rise of high-tech automobile manufacturers in the past few years, companies are continuing to look for new ways to innovate. Foresight utilizes cutting-edge AI technology that can allow for solutions such as pre-collision alerts and fully autonomous driving.

On Thursday, April 29th, FRSX announced that its affiliate Rail Vision had filed a draft prospectus for an IPO on the Tel Aviv Stock Exchange Ltd. While FRSX only owns around 20% of Rail Visions’ outstanding shares, this deal has larger implications than revenue. Because this technology is still very new, adoption and commercialization are some of the major roadblocks to growth. Rail Vision will use this opportunity to essentially test the waters in a new market for its products, indicating whether or not it can grow in the Israeli tech space.

For some context, Rail Vision provides cognitive vision sensor technology for the rail industry. This is a very complementary product line to Foresights, thus the affiliation between the two. While this deal is not a be-all-end-all opportunity, it could offer potential for the two in the long term. 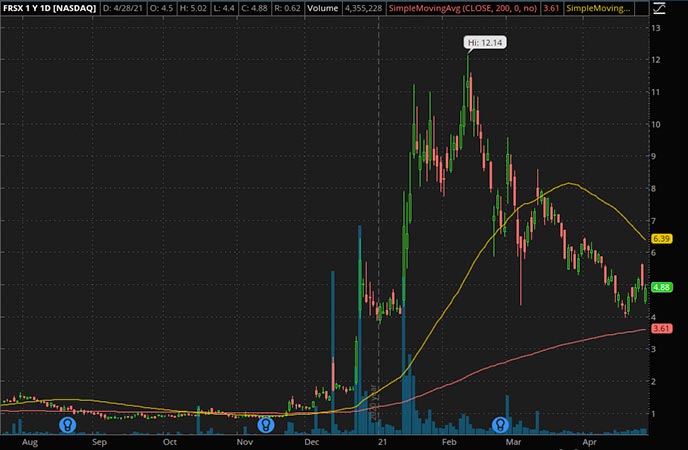