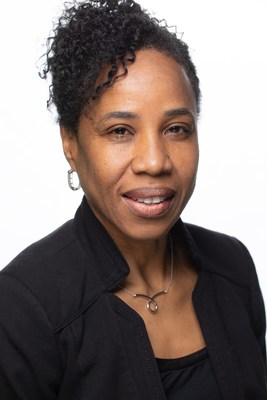 In this role, Smiley will be responsible for leading the development and execution of the company's growth and investment strategies, enabling its acceleration as a global branded food company. Smiley replaces Jim Splinter, former group vice president of corporate strategy, who retired last year.

"Jacinth is an accomplished business executive with senior global leadership experience at top Fortune 500 companies," Snee said. "She has an exceptional finance background with significant experience in strategic planning, financial planning and analysis, mergers and acquisitions, integrations, controllership and international operations. I am excited to have her join our team and confident that she will bring valuable external experience and perspective to our senior leadership team."

Previously, Smiley was vice president and chief accounting officer for LyondellBasell (NYSE: LYB), one of the largest plastics, chemicals and refining companies in the world. She spent 20 years with General Electric (GE) in various roles across multiple industries, rising to chief financial officer for GE Oil and Gas North America. In addition, she held other senior roles within GE Capital and GE's industrial businesses. Smiley began her career at Arthur Andersen before joining United Technologies, where she worked across the United States, Europe, Middle East and Asia, ultimately becoming the finance manager of United Technologies' regional treasury center in the United Kingdom.

Smiley holds a bachelor's degree in accounting from the University of Connecticut.

Hormel Foods Corporation, based in Austin, Minn., is a global branded food company with over $9 billion in annual revenue across more than 80 countries worldwide. Its brands include SKIPPY®, SPAM®, Hormel® Natural Choice®, Applegate®, Justin's®, Wholly®, Hormel® Black Label®, Columbus® and more than 30 other beloved brands. The company is a member of the S&P 500 Index and the S&P 500 Dividend Aristocrats, was named on the "Global 2000 World's Best Employers" list by Forbes magazine for three straight years, is one of Fortune magazine's most admired companies, has appeared on Corporate Responsibility Magazine's "The 100 Best Corporate Citizens" list for 12 years in a row, and has received numerous other awards and accolades for its corporate responsibility and community service efforts. The company lives by its purpose statement — Inspired People. Inspired Food.™ — to bring some of the world's most trusted and iconic brands to tables across the globe. For more information, visit www.hormelfoods.com.