By: Civista Bank via PR Newswire 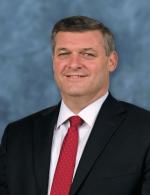 "With 28 years of commercial banking experience in Northwest Ohio, Chuck knows community banking and aligns well with our Civista principle of offering a true relationship-driven experience," added Shaffer.  Parcher's many years of leadership experience include recently serving as First Merit Bank's Market President, Northwest Ohio.  He earned his MBA from the University of Toledo and his bachelor's degree from Miami University.  Parcher is on the Board of Trustees for ProMedica Flower Hospital and the YMCA/JCC of Northwestern Ohio where he has served as Vice Chairman since 2013.   He plans to relocate to the Greater Sandusky area.

To view the original version on PR Newswire, visit:http://www.prnewswire.com/news-releases/civista-bank-names-charles-parcher-chief-lending-officer-300254856.html