Major obstacles have included a delay in diagnoses, limited access to treatments, and the lack of clinical trials. 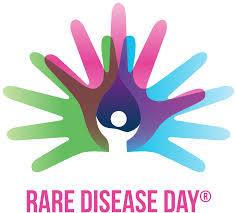 National Rare Disease Awareness Day (RDAD) takes place during the last week of February. This year, the awareness message is even more critical. The pandemic has caused numerous difficulties for rare disease patients, families, and the healthcare community.

Major obstacles have included a delay in diagnoses, limited access to treatments, and the lack of clinical trials.

Helping to spread the word on awareness is Greenwich, CT- based, Fibrolamellar Cancer Foundation (FCF), a non-profit organization formed to fund research, build awareness and provide patient support for an aggressive liver cancer that strikes teens and young adults who are typically not diagnosed until the disease is in an advanced stage. FCF was founded in 2009 by 27-year-old Tucker Davis, who lost his life to Fibrolamellar on Rare Disease Day in 2010, after an 18-month fight.

Fibrolamellar is a prime example of an overlooked, urgent rare disease with no known effective systemic therapies.

John Hopper, President of FCF, has become a national leader in championing the rare disease concerns, said, “This year has been challenging for everyone, but the impact on patients of rare diseases has been especially problematic. In addition to missed or postponed monitoring with healthcare providers and research lab closures, the delays in clinical trial launches has limited advancement in treatment options. It’s vital that the funding for research improves.”

Fibrolamellar patient advocate, Mark A. Carles, 26, of Staten Island, NY, spoke about his fight with the disease and his challenges over the past year. “I’ve had delays with some appointments and treatments because some of my doctors are also needed in COVID wards and the hospitals are only allowed a limited number of beds.”

Carles, a once healthy triathlete and graduate student, was diagnosed in October 2018. He had looked forward to a new clinical trial treatment last year. “COVID pushed back a clinical trial, but COVID wasn’t slowing the growth of my cancer,” he explained.

In August, Carles had another surgery and is currently being treated with chemotherapy and radiation. The check-ups on his current treatment are different as well. “I’ve had to become an expert at Zoom because it’s the only way for my family to be with me during my appointments with the doctors. It’s not the same, but technology has been very helpful.” Carles noted that the FCF and various fibrolamellar patient led Facebook groups, where patients can share resources, experiences, and provide support to one another, has been particularly helpful during COVID.

“We are hoping that Mark’s message spreads nationwide, and worldwide. The pandemic is causing a disruption in the timeliness of care and help for patients. The awareness for people suffering from rare diseases is more important than ever,” Hopper said. “Getting more of the population aware of these struggles can mean more active research and funding that will make a significant difference for treatments and possible cures.”

Fibrolamellar, like many rare diseases, may sound unfamiliar, but when rare diseases combine as a category, the numbers are staggering. One in 10 people are diagnosed with a rare disease and less than 5% of the 7,000+ rare diseases have an FDA approved treatment. However, if funded, rare disease research often leads to breakthrough discoveries, cures and broad-based common healthcare treatments.

Fibrolamellar joins the voice of the 30 million Americans who are fighting rare diseases on National Rare Disease Day to amplify the cause. According to The National Organization of Rare Diseases (NORD) the struggles during the pandemic have included:

This week, Fibrolamellar is featured for Rare Disease Awareness Day at the Connecticut State Capital, with Hopper co-emceeing the state’s RDAD celebration.

FCF, a public 501c3 nonprofit organization based in Greenwich, CT, was founded in 2009 by 27-year-old Tucker Davis, who lost his life to Fibrolamellar on Rare Disease Day in 2010, after an 18-month fight. FCF has funded over $8 million in research across more than 24 major institutions in the U.S. and internationally. 100% of all donations go towards research. All FCF’s overhead and administrative costs are paid by the Charles A. and Marna Davis Foundation and Stone Point Capital. For more information, visit www.fibrofoundation.org