Up or down? Peercoin (PPC) price prediction for March 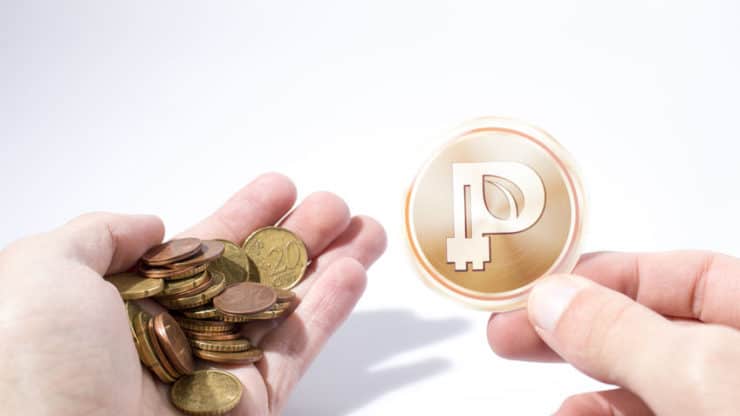 Peercoin (PPC) has advanced from $0.20 above $0.69 since the beginning of November, and the current price stands around $0.50. The cryptocurrency market continues to trade in a buy zone, the price of Bitcoin is trading above $51800, and Peercoin price could advance even more.

Sunny King and Scott Nadal invented the Peercoin project in 2012, it is very similar to Bitcoin, but it requires less amount of energy to support the network. Peercoin does not have a hard limit on the number of possible coins, and instead of using a mining process, it selects nodes based on how many coins are being held in an individual’s virtual wallet.

New coins are generated based on the holdings of individuals, so if you hold 1% of the currency, you will be able to generate 1% of all proof-of-stake coin blocks. According to the official website, Peercoin the first blockchain that allows its protocol rules to be governed directly by its users.

Peercoin price is advancing this February, and for now, there is no trend reversal sign. The whole cryptocurrency market is supported by the rally of Bitcoin, as the BTC advanced another $2,000, a day after breaking above $50,000 for the first time in history.

It is also important to mention that Tesla invested $1.5B in Bitcoin while Mastercard announced support for the alternative assets.

“I think that starting in March of 2020, you saw institutions start to arrive, and I think in 2021, you’re going to see that trend continue. They’re enthusiasts for bitcoin as a medium of exchange… but I believe that the compelling use case is a store of value,” said Michael Saylor, CEO of enterprise software firm MicroStrategy.

Peercoin’s trading volume remains high, the price of this cryptocurrency could advance even more in the ongoing bull market, and as long the price is above $0.40, it remains in a buy zone.

Technical analysis: As long the price is above $0.40, Peercoin remains in a buy zone

This cryptocurrency has made a big jump in a short-time period and, if you decide to buy Peercoin, you should consider that the price could also weaken from the current levels.

On the other side, if the price falls below $0.40, it would be a firm “sell” signal and probably a trend reversal sign.

Peercoin price is advancing this February, but traders should use “stop-loss” and “take profit” orders when they are opening their positions because the risk is very high. Peercoin could advance even more in the ongoing bull market, but if the price falls below $0.40, it would be a firm “sell” signal and probably a trend reversal sign.

The post Up or down? Peercoin (PPC) price prediction for March appeared first on Invezz.