5 Cheap Penny Stocks To Buy Under $5, Are They Worth It?

Penny Stocks are surging once again on Friday. One of the biggest trends we see in 2021 is the rise of the retail trader. Not only after these traders “broken” the stock market, but they’ve also likely changed the DNA of how regulators conduct themselves in the future. What began as a mega short-squeeze in GameStop (NYSE: GME) and AMC Entertainment (NYSE: AMC) has now turned into a frenzied state of euphoria among a new batch of day traders.

Fundamentals have taken a back seat to technicals and speculation. But that doesn’t necessarily mean they’re totally out the window. It just means that some of the moves we’re seeing in the stock market today are heavily influenced by hype. If you’re new to trading, you may not understand why this is an important thing to know. I will tell you that many of the penny stocks lifted by hype alone have a hard time sustaining longer-term gains.

Do You Know How To Day Trade?

But this isn’t necessarily a bad thing. However, it is a signal that you should learn how to day trade before “trying your hand” at this trading thing. Whether you’re using an application like Robinhood, Webull, TD Ameritrade, Etrade, or others, it’s straightforward to open an account and send money into it. The hard part is actually becoming consistently profitable.

After the massive win that some novice traders had from stocks like GameStop and AMC, there’s a seemingly endless number of “new gurus” making noise. Some have a good understanding of the markets, but many others do not. Luck can be your worst enemy when it comes to day trading. So before diving in headfirst, learn the basics.

Ok, I’m done with my rant. Assuming you’ve gotten educated and understand the markets, you’re likely trying to find some stocks to watch. In light of renewed interest in penny stocks, here are 5 still trading under $5. Just because they’re “cheap,” does it mean they’re the best penny stocks to buy now or avoid entirely?

Zomedica has been on our list of penny stocks to watch for months. It has experienced a massive surge of momentum since the beginning of November as the company ramps up for its TRUFORMA veterinary diagnostic device’s commercial launch. Late last month, the company had announced an agreement with Miller Veterinary Supply to distribute TRUFORMA to its wholesale network. The initial launch is planned for March, so the clock is now ticking, and speculation is at all-time highs.

As far as ZOM stock is concerned, the price is up more than 3,000% since November 3rd last year. Volume continues surging, and momentum has taken the stock to levels not seen since 2018. The biggest question is will ZOM continue at this pace. Since it’s so parabolic (and gapped up on Friday), there’s always a risk of a pullback. This is something the penny stock saw earlier this year when it reached its first 2021 high. The days following that spike saw ZOM retreat as much as 45%. Is that set to happen again, or can is Zomedica stock forecast to continue higher in February? 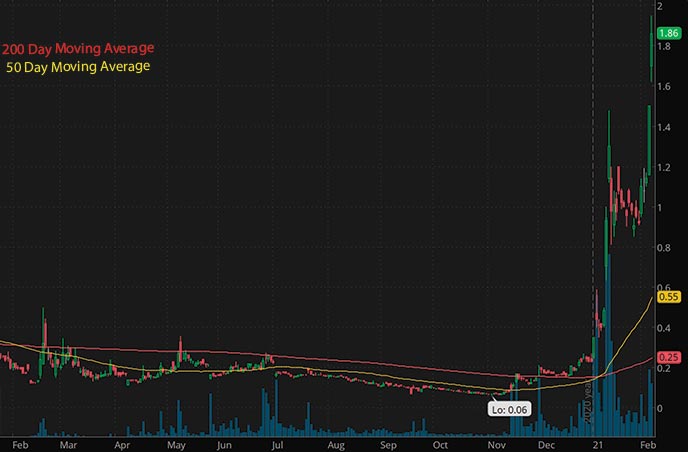 Another one of the companies we’ve discussed numerous times in the last few months is InspireMD. The company recently announced an $18 million financing round that is set to close on Monday. Because the company will have millions in capital to put to work, it could be a positive sign to the market. InspireMD has been working on its CGuard™ Embolic Prevention System. This is designed for the prevention of stroke caused by carotid artery disease.

CEO Marvin Slosman said that with InspireMD’s multi-generational product development plan underway for a variety of different areas, the hope is “to have those products to market in a timeframe that’s meaningful, within, 2021 potentially.”

The company entered into a Distribution Agreement with three China-based partners responsible for conducting the necessary registration trials for commercial approval of InspireMD’s products in China. There’s also an eight-year exclusive distribution right to sell the company’s products in China, with the term of the agreement continuing on a year-to-year basis. With progress like this and cash in hand for working capital, will NSPR stock continue its bullish trend? 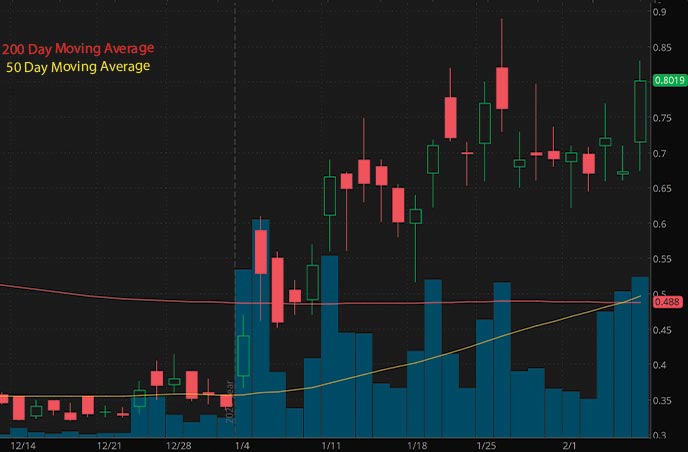 Formerly known as a cannabis-focused company, NewAge Inc. has focused on a broader base of retail. The penny stock has had a banner last 52-weeks even with the March sell-off. The company’s brands range from nutraceuticals to skincare products and other things in between. Most recently, NewAge had focused on advancing its deal to acquire ARIIX. Toward the end of November, New Age officially finalized and closed the merger agreement for the acquisition.

New Age said that it expects to “capture approximately $20 million in additional annualized EBITDA in the first 18 months following closing in cost and revenue synergies.” This is obviously a work in progress. Nevertheless, NewAge continues building upon its offerings. In a tweet late last month, the company said, “Our one-of-a-kind skincare line is making an impression in the press — we’re proud to announce that #Lucim has been featured on the Vogue Italia website!”

Some may remember Coty International, another beauty penny stock, last year. The market has been impressed by names in this niche. However, keep in mind that this month, NewAge filed for the sale of 6.4 million shares by a selling shareholder. Will dilution risk play a larger role later this month? 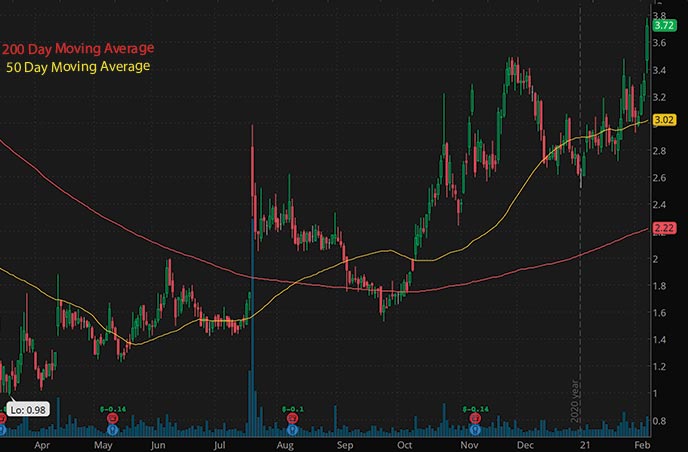 Though volatile, Astrotech has been in an overall uptrend since the start of 2021. ASTC stock has gained momentum recently after announcing a partnership with Cleveland Clinic to develop rapid COVID-19 breath tests. I guess you could say that Astrotech is in the “detection business.” The breath test is one focus of the company and likely one that has evolved as COVID took hold. But the company’s other focus is more military in nature.

Astrotech announced that its subsidiary, 1st Detect won gold at a Homeland Security Awards ceremony in its last corporate update. It was for its TRACER 1000 explosives trace detector. 1st Detect develops, manufactures, and sells trace detectors for use in the security and detection market. With very little to go off of right now, ASTC stock has seemingly gained momentum on speculation at this time. 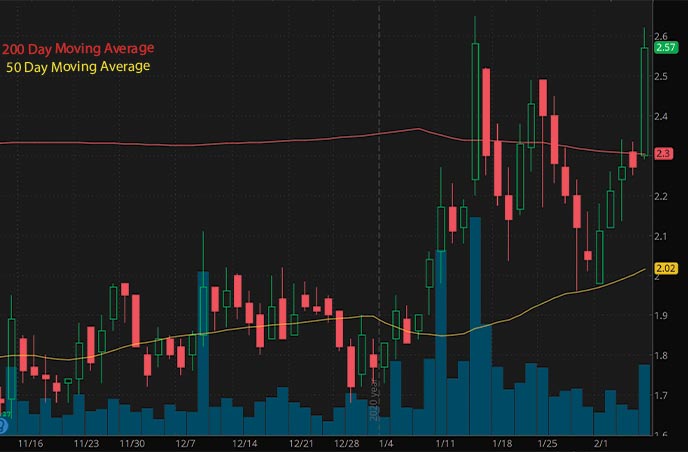 On the higher end of the volatility-spectrum is Ocugen Inc. The penny stock has skyrocketed over the last few weeks. In fact, since the end of December, Ocugen has jumped from under 30 cents to over $3.70 this year. After a few cray days of gaps up and down, OCGN stock seems to have found level ground above $3. One of the biggest catalysts of this volatility is its COVAXIN™ (whole-virion inactivated COVID-19 vaccine candidate). It has been shown to effectively neutralize the UK variant of SARS-Cov-2, reducing the possibility of mutant virus escape.

COVAXIN™ is being co-developed with Bharat Biotech. With this, the company has seen heightened popularity in the past few months. Furthermore, it’s worth mentioning that COVAXIN™ received Emergency Use Authorization in India in January. Bharat has said it has safety data from 25,000 people for the vaccine and will have 10 million doses available this month. Furthermore, a Bharat executive explained that the company would have 200-500 million doses at annual capacity. 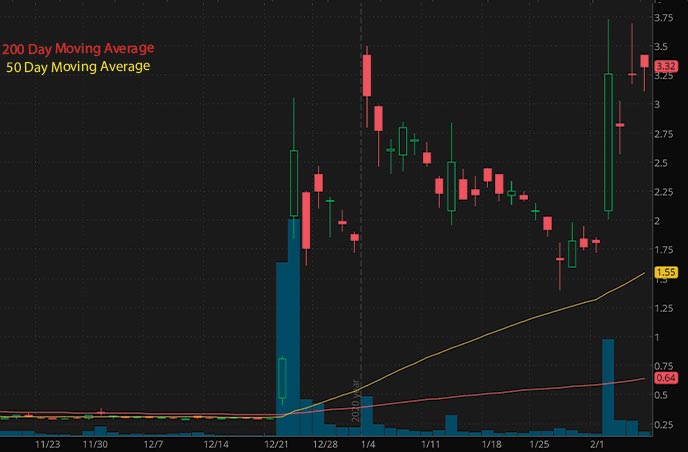 Should You Buy Penny Stocks?

Whether or not penny stocks are right for you depends heavily on your specific goals and market strategy. If you’re well-versed in high volatility trading, scalping and day trading may be something that you’d be good at. However, if the risk is a hard pill to swallow, you should take time to learn more about day trading in general. Even if it takes you longer to learn at the end of the day, there will always be stocks to trade.