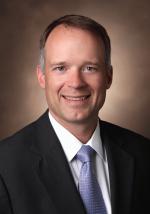 Edgeworth replaces Heather Rohan who recently announced her retirement after a 34-year career with HCA Healthcare. As TriStar Division president, Edgeworth will have responsibility for 17 hospitals and a number of other sites of care serving communities in Tennessee, Georgia and Kentucky.

“Mitch has a strong track record of leadership in a variety of academic, community and multi-hospital settings,” said Jon Foster, president of HCA Healthcare's American Group. “He is a values-driven executive with extensive knowledge of not only Middle Tennessee but the other communities served by the TriStar Division.”

A 23-year healthcare industry veteran, Edgeworth currently serves as chief administrative officer of the TriStar Division. Before joining TriStar in 2019, Edgeworth led Vanderbilt University Medical Center as chief executive officer for four years and served as chief operating officer there for three years prior to that. Previously, Edgeworth led a multi-state region for Quorum Health Resources, where he was responsible for 12 hospitals in Colorado, New Mexico and Kansas. Edgeworth began his career at Duke University Health System, serving in various positions before joining Tenet Healthcare, where he served in several executive roles, the final one of which was CEO of Doctor’s Hospital in Dallas.

Edgeworth has bachelor's degrees from Lipscomb and Georgia Tech and earned an MBA from Duke University.

Rohan has been with HCA Healthcare for 34 years, serving in a number of executive roles. She started her career in the East Florida Division, serving as assistant chief nursing officer at Northwest Medical Center. Rohan earned several promotions in nursing leadership positions, including CNO roles at University Medical Center and Cedars Medical Center, before serving as COO and CEO at several hospitals. After serving as CEO of TriStar Centennial Medical Center for four years, Rohan was promoted again to her current role as president of the TriStar Division in 2016.

“We have been fortunate to have Heather’s leadership within our company for more than three decades, and it has been a privilege to work alongside a leader who embodies our mission each day,” said Foster. “Heather has been an incredible asset for our hospitals and, most recently, for the TriStar Division and the Nashville community. We wish her well in her retirement.”

About HCA Healthcare
Nashville-based HCA Healthcare is one of the nation’s leading providers of healthcare services comprising more than 2,000 sites of care, including 187 hospitals, surgery centers, freestanding ERs, urgent care centers, and physician clinics, in 21 states and the United Kingdom. With its founding in 1968, HCA Healthcare created a new model for hospital care in the United States, using combined resources to strengthen hospitals, deliver patient-focused care and improve the practice of medicine. HCA Healthcare has conducted a number of clinical studies, including one that demonstrated that full-term delivery is healthier than early elective delivery of babies and another that identified a clinical protocol that can reduce bloodstream infections in ICU patients by 44 percent. HCA Healthcare is a learning health system that uses its more than 35 million annual patient encounters to advance science, improve patient care and save lives. Please click here to connect with HCA Healthcare on social media.

All references to “Company,” “HCA” and “HCA Healthcare” as used throughout this document refer to HCA Healthcare, Inc. and its affiliates.