Looking For Cheap Stocks To Buy Now? 3 Names To Watch

By: Stockmarket.com
Are These The Best Cheap Stocks To Buy With Huge Upside Potential?

The U.S. presidential election is less than three weeks away, and that could bring another wave of volatility for the stock market. When investors look for cheap stocks to buy, it could mean different things to different people. Some would think that cheap stocks are often cheap because of poor financial performance, and that’s relatively straightforward. The problem here is, these cheap stocks aren’t exactly good because their businesses have been struggling. But sometimes, just sometimes, savvy investors can find under-the-radar stocks that can bounce back from the challenges posed by the coronavirus pandemic.

Investors can make moves to prepare for potential election outcomes. For those who think that Biden could win, then it’s time to pay attention to some of the top marijuana stocks in the stock market today. For instance, Canopy Growth (CGC Stock Report) could potentially see a breakout in stock prices if Biden wins. On the flip side, if you think there’s a great chance President Trump will likely have another term, stocks like Palantir (PLTR Stock Report) could have another boost since the President loves the defense industry. Of course, these are just some of the examples of sectors poised to benefit according to who wins the November election.

The real question here is, why not look for cheap stocks that have upcoming catalysts for long-term success? Or better still, companies that will still thrive no matter who wins the election? Now that many growth stocks are still at steep valuations, this implies that it’s about time for investors to look for bargains in the cheaper corners of the stock market.

Walt Disney (DIS Stock Report) currently trades about 15% below where it was at the start of the year. There’s no question that this top entertainment stock was heavily hit by the novel coronavirus, which sent revenue down by 42%. Most of its losses are the results of closure in theme parks and studio entertainment segments. But the recent restructuring could make it a compelling investment going forward. This comes as it is focusing more on its streaming platform. Disney stands a real chance of making Disney+ an industry leader by leveraging its edge in original content, rivaling Netflix (NFLX Stock Report).

The growth recorded in the streaming segment can help hold Disney until the pandemic is over. Alternatively, it could become the company’s main strategy for monetizing its intellectual property. This of course depends on how the industry evolves moving forward. The good thing with the streaming platform is that Disney won’t have to share revenue with theaters or pay licensing costs to showcase its films. Meaning, investors can expect a large chunk of profit margin on major blockbusters like Mulan. 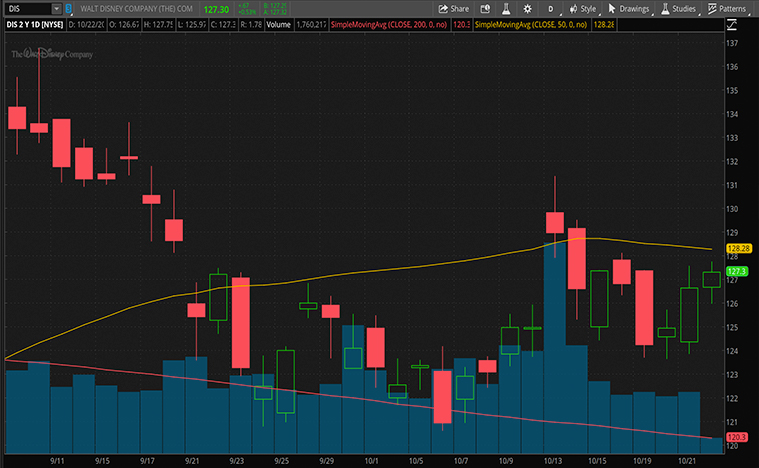 Disney may not be your ideal investment if you are looking for a quick flip. But looking at its valuation today, it may be one of the best cheap stocks to buy for a strong rebound in the medium term. Yes, I get that the majority of its revenue came from its theme park and resorts. But the streaming service is increasingly worthy of attention. Disney+ had more than 60.5 million subscribers as of early August. What’s impressive is that it has already hit its 2024 subscription goal already. This adds a stream of recurring revenue that is likely to last beyond the pandemic and still continues to grow. And when the previous revenue generators from theme parks come back in full swing, can you imagine what will happen to DIS stock?

Ford Motors (F Stock Report) is one of the cheapest auto stocks in the stock market today. With a market cap of about $30 billion, its price-to-sales ratio is just 0.24. That’s way lower than Tesla’s (TSLA Stock Report) 15.82 and even General Motors’ (GM Stock Report) 0.44. Of course, revenue isn’t everything. Profits matter too, if not more. Ford may have strong sales, but it needs to improve its margins. And they are on the right track. Ford has been hard at work polishing its vehicle lineup. If you are a petrolhead, you would have noticed it as well.

In recent years, Ford has discontinued a number of models including the Fiesta, Focus, Taurus, and Fusion. It is focusing more on trucks and SUVs which offer higher margins. Morgan Stanley analyst Adam Jonas estimated that the F-Series pickup trucks could contribute to 90% of the company’s worldwide profits. That is a testament to Ford’s image as a pickup truck specialist. The upcoming Ford Bronco which is expected to be released next year could also be a boost to Ford’s profits. Many are already giving rave reviews, with its retro styling. 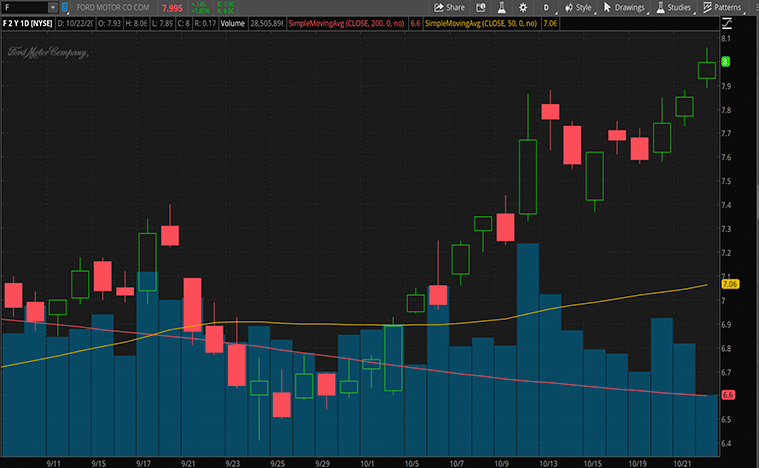 Apart from those mentioned above, the company also invested heavily in the electric vehicle and autonomous vehicle end. You can say that Ford has tremendous potential to become a force to be reckoned with its major restructuring and more incorporation of technology into its vehicles. As the iconic American auto pioneer incorporates more technology elements into its vehicles, will F stock see brighter days ahead?

[Read More] Are These The Best Social Media Stocks To Buy In The Stock Market Today?

If you are looking for tech stocks under $10, content delivery network (CDN) specialist Limelight Networks (LLNW Stock Report) might be your cheap stock to buy. The company’s revenue is skyrocketing due to the booming demand for high-quality content delivery solutions. That’s because every new streaming media launch over the past year has Limelight as their service provider, including Disney+ and Peacock platform NBCUniversal. The company is slated to report its third-quarter earnings results today after the closing bell.

The company operates in the business of edge computing, which focuses on speeding up the delivery of content. While Limelight Networks may not be as well known as Fastly (FSLY Stock Report), it is not just a cameo in video streaming. Investors in the stock appear to be finally seeing rewards for their patience. Limelight saw strong revenue growth of over 25% for the past three quarters. And that is certainly bucking the trend of flat growth in the earlier years.

Many experts believe that this is merely the start of a long-lasting period of powerful growth in the making. The fact that Disney and Comcast require Limelight’s solutions instead of alternative solutions speaks volumes for Limelight’s capabilities. Perhaps, Limelight is finally in the … limelight. With that in mind, would you include LLNW stock in your list of cheap stocks to buy moving forward?