Ciro Dapagio, who is a rare combination of artistic talent mixed with ferocious street credibility is setting new records within the Film Circuit Network 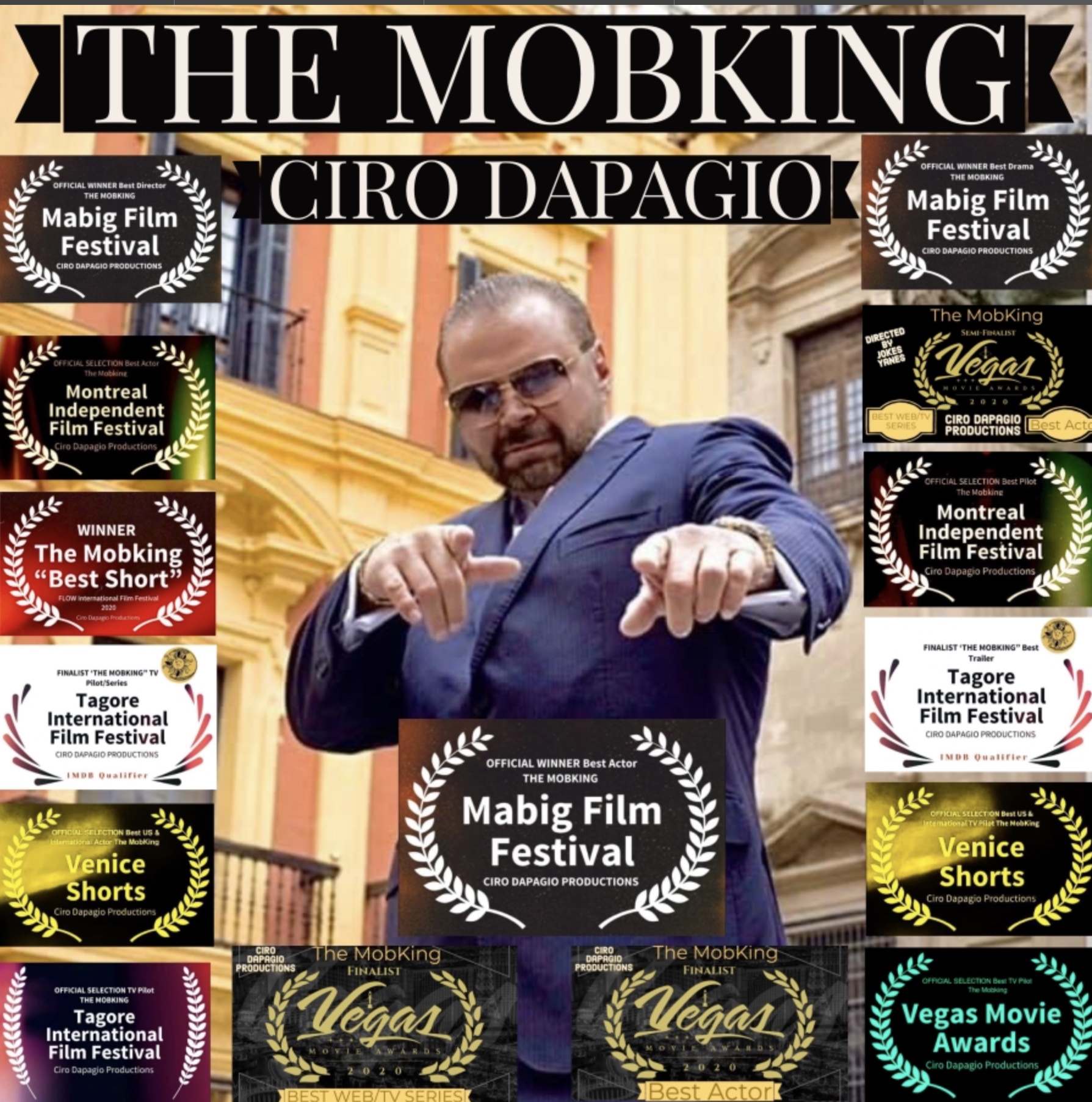 Ciro Dapagio, who is a rare combination of artistic talent mixed with ferocious street credibility is setting new records within the Film Circuit Network. The creator, writer, executive producer, and the leading man in the international award-winning web series “The MobKing,” Ciro Dapagio, is setting winning records among the Film Festival Circuits. According to our sources, Dapagio continues to win and has created curiosity among some of the most known key players in the entertainment industry.

Dapagio is a talented content creator, Executive Producer, leading man, and streaming star is set to star in the new television drama The MobKing as Mike White. “The MobKing,” is loosely based on the life experiences of Dapagio and has been picked up by Wanda Halcyon Television. Dapagio is also the Executive Producer and lead actor in films such as Silent Partners, Brass Knuckles, Suitcasing and Bound. Beginning his acting career in early 2018, Dapagio is already known as a leading man on TV and in movies as a tough guy who will stop at nothing to get what he wants. Dapagio works diligently with his production team to create entertaining content. His persistence has generated millions of social media followers who have contributed to the success of each project that he has released.

Recently, Dapagio announced his latest wins at the Vegas Movie Awards Film Festival. Dapagio competed against himself for Best Actor and Best Drama on two Mob shows he created and or co-created: “The Mobking” and “Silent Partners”. The Vegas Movie Awards is a prestigious film festival that has so far awarded Academy Awards, Golden Globes, and BAFTA winning actors and directors, but most of all hundreds of films and scripts made with heart. According to the Vegas Movie Awards website, past winners include Tom Hanks, William Baldwin and Eric Roberts. Dapagio was awarded “Best Drama” (Silent Partners), Best TV Pilot (ThevMobking), Best Trailer (Silent Partners), Best Actor (The Mobking), and Best Poster (Silent Partners). According to Dapagio social media announcements, he is very proud of his team and everyone involved in his success. He is deeply humbled by these winnings , but also fired up about his upcoming projects.

It should be noted that Dapagio has swept several other festivals this season as well has numerous best actor trophies for all four of his performances within his multiple projects selected.

Aryka’s & Ybot’s PR (A&Y PR) is a strategic Public Relations Firm based in North Hollywood, California.
We’ve dedicated our time to understand what works and what doesn’t when it comes to brand acceleration and innovation.

The post Ciro Dapagio, who is a rare combination of artistic talent mixed with ferocious street credibility is setting new records within the Film Circuit Network first appeared on PRUnderground.