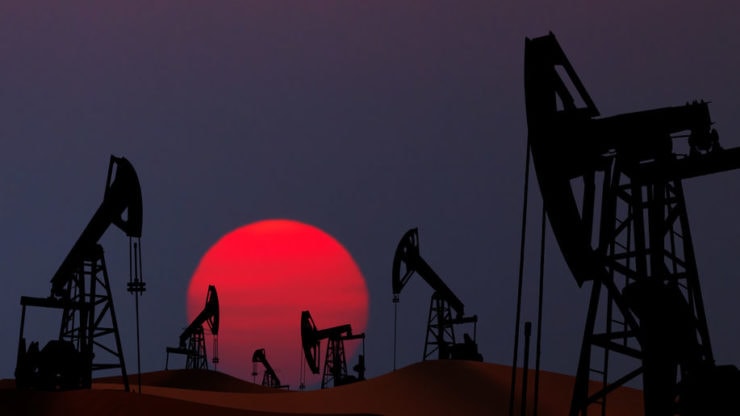 The price of crude oil has advanced from $37 above $42 in less than several days and the current price stands around $41. At its latest meeting, the OPEC agreed to extend the compensation period for overproduction till the end of December.

The price of crude oil advanced last week despite the fact that Libyan warlord General Khalifa Haftar said that the country will reopen oil ports closed since January. Libya could return up to 1.1 million barrels per day of production although the International Energy Agency (IEA) cut its 2020 demand forecast.

Last week, Saudi Energy Minister Prince Abdulaziz bin Salman sent a message to short-sellers betting against the resolve of OPEC: ‘Make my day!’. Saudi Arabia’s energy minister also said that those who gamble on prices will be hurt “like hell.” He didn’t want to comment on OPEC’s near-term plans and he issued a warning to those countries skirting production cuts.

The Organization of Petroleum Exporting Countries agreed the output cuts will remain in place till December and this will ultimately drive the market in the upcoming period. The EIA predicts that global oil demand will be 93.1 million b/d in 2020 which is down 8.3 million b/d from 2019. It expects demand to increase by 6.5 million b/d in 2021 and the price will also rise.

The US dollar has also a big influence on commodities as well and investors in oil should also have this currency on their “watch list”. The positive news is that analysts stay “bullish” on oil and most of them are expecting an increase in oil prices for the next several months (a slow but steady rising of prices).

In the second half of 2021, analysts are expecting the price to continue to grow at a similar rate (they also expect continued growth in oil demand).

Technical analysis: Bears are focused on breaking the current support level at $40

The price of crude oil has continued to trade in an uptrend and Investors trading oil are expected to be more active in the next several weeks. The technical picture implies that the price has found a support level at $40, but is it ready for further growth? Let’s have a closer look at the chart below.

On this chart, I marked important resistance and support levels. The important support levels are $40 and $35, $45 and  $50 represent the resistance levels. If the price jumps above $45 it would be a “buy” signal and we have the open way to $50.

Rising above $50 supports the continuation of the bullish trend and the next price target could be located around $55. On the other side, if the price falls below $40 it would be a “sell” signal and we have the open way to $35.

Crude oil price closed the week almost 9% higher but according to estimates, the demand for “black gold” is expected to fall slightly higher than previously anticipated. Libya could return up to 1.2 million barrels per day of production although the International Energy Agency (IEA) cut its 2020 demand forecast. The coronavirus crisis has reduced global oil demand and OPEC made a decision to limit production until December. Bears are focused on breaking the current support level at $40 but if the price jumps above $45 it would be a “buy” signal and we have the open way to $50.

The post Crude oil price continues to grow even as Libyan supply may return to the market appeared first on Invezz.