Is Apple stock a buy right now given the Fortnite feud? 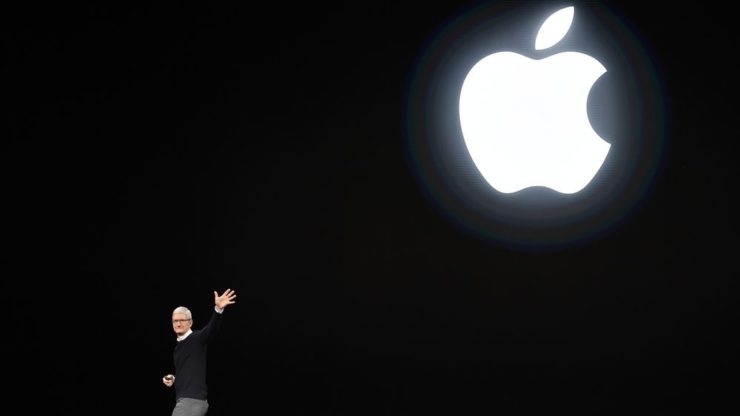 Apple (NASDAQ: AAPL) stock price is trading around 20% off the last week’s highs as the stock market corrects lower. Moreover, Apple’s feud with Epic Games is not helping the stock in the short-term.

Apple is involved in one of the most-followed feuds with Epic Games this year, as it attempts to defend its App Store fee structure. Epic Games, the maker of popular video game Fortnite, initiated a “war” against the tech giant last month after launching its own direct payment option.

Both Apple and Google’s Play Store, charge 30% fee on all payments in their online stores. Irritated by this policy, Epic Games released the Fortnite “mega drop”, which offered a permanent discount on the purchase of in-game credits e up to 20%.

“If Apple and Google lower their fees on payments, Epic will pass along the savings to players.”

Apple and Google responded by removing Fortnite from the App Store and Play Store respectively. Epic’s next move was to file an antitrust lawsuit against Apple to establish the App Store as a monopoly.

“The open Android ecosystem lets developers distribute apps through multiple app stores. For game developers who choose to use the Play Store, we have consistent policies that are fair to developers and keep the store safe for users,” a Google representative said.

Apple raised the stakes by filling their own lawsuit and seeking damages from Epic Games for violating the iOS App Store guidelines.

“Epic’s flagrant disregard for its contractual commitments and other misconduct has caused significant harm to Apple,” the filing says. “Left unchecked, Epic’s conduct threatens the very existence of the iOS ecosystem and its tremendous value to consumers.”

It is estimated Fortnite amasses over 350 million players across the globe.

Technical analysis: Where to buy

Apple share price has been in a correction since logging the fresh all-time high near $138 on September 02. Shares lost over 3% yesterday as some early investors capitalize on their investment. 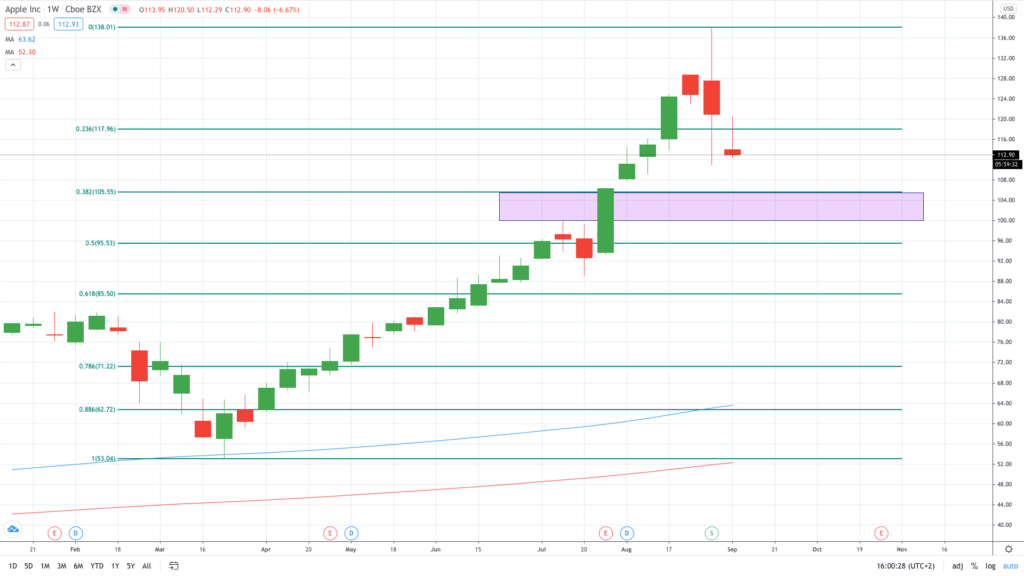 The Fortnite row is not expected to help Apple in the short-term given the loyal fan base that the game has. Still, Apple’s revenue is diversified and this may prove to be a temporary blow for the tech giant.

From a technical standpoint, the zone between $100 and $105 offers a good opportunity to invest in AAPL.

As the legal battle between Apple and Epic Games drags on, shares of the iPhone-maker have continued to correct lower, approaching the buy zone just above the $100 mark.

The post Is Apple stock a buy right now given the Fortnite feud? appeared first on Invezz.

Related Stocks:
Apple
Data & News supplied by www.cloudquote.io
Stock quotes supplied by Barchart
Quotes delayed at least 20 minutes.
By accessing this page, you agree to the following
Privacy Policy and Terms and Conditions.