By: TechCrunch
Sennheiser has just released a new on-camera, directional microphone. The compact MKE 200 ($99.95) puts a lot of convenience and performance into a small, portable package – one that’s great for go-anywhere vlogging once that’s a reasonable option again, and one that provides a fantastic, but affordable upgrade for your at-home video conferencing setup in […]

Sennheiser has just released a new on-camera, directional microphone. The compact MKE 200 ($99.95) puts a lot of convenience and performance into a small, portable package – one that’s great for go-anywhere vlogging once that’s a reasonable option again, and one that provides a fantastic, but affordable upgrade for your at-home video conferencing setup in the meantime.

The MKE 200 is a super-cardioid microphone that mounts directly to a camera’s hot shoe sleeve. Unlike most on-camera shotgun mics, it’s a short, stubby affair that’s just under three inches long, rather than being a long tube. It’s light, and small, and it features both a built-in windscreen and shockmount for ultimate portability.

On the front of the MKE 200, you’ll find a threaded 3.5mm audio port that makes for secure connections to your camera’s mic input. In the box, Sennheiser has thoughtfully included both TRS and TRRS cables, which means it’ll work great with just about every DSLR, mirrorless camera or even smartphone out there on the market without the need for additional cables.

The MKE 200 draws all the power it needs from that single cable connection, meaning you won’t need to worry about batteries or recharging. It also includes a fuzzy windscreen sleeve, for minimizing wind noise when shooting outdoors, and a soft carrying pouch for transportation. 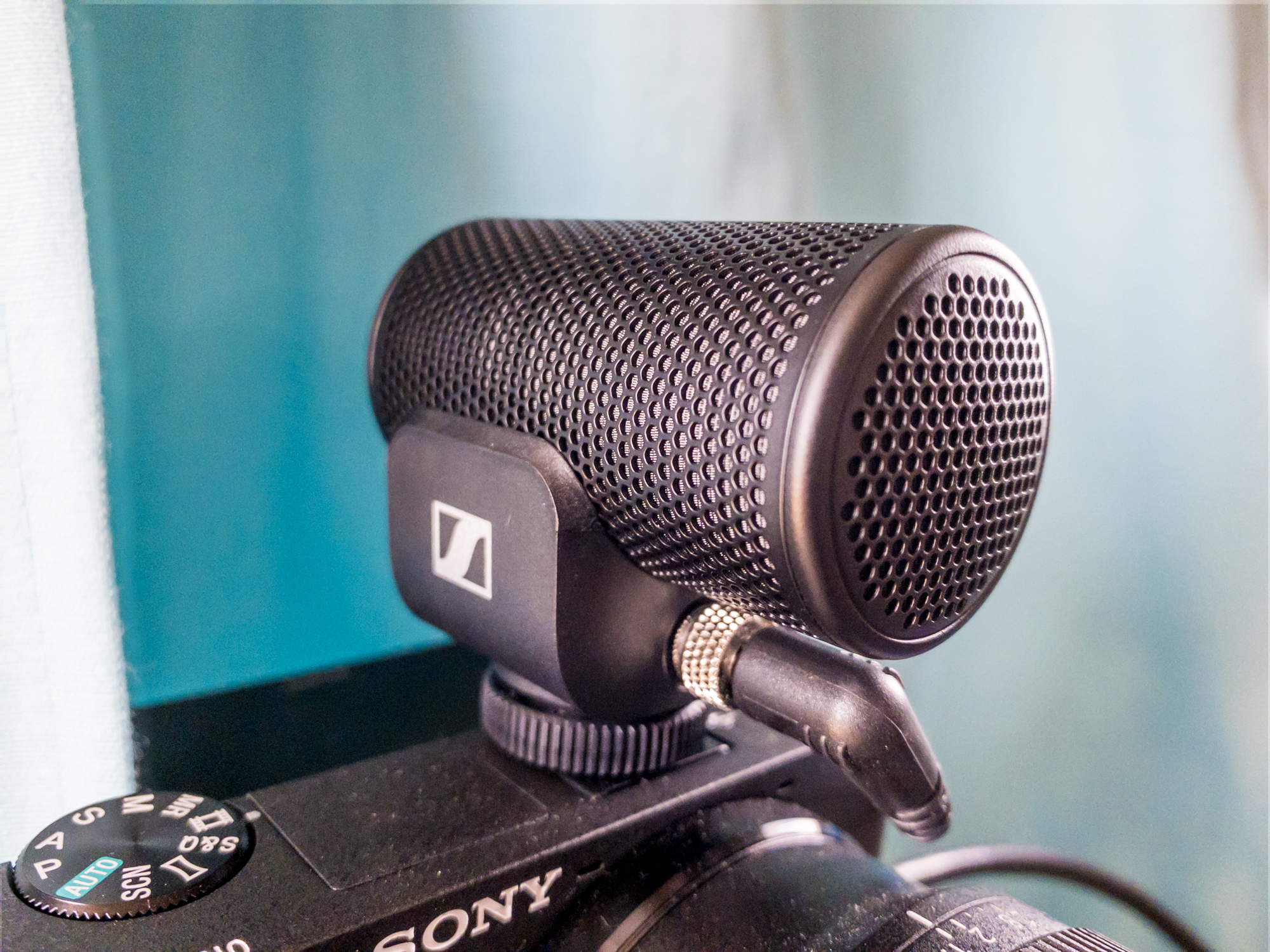 The design of the MKE 200 is simple, and in this case simple is very good. Its compact profile and sturdy construction means that it’s both lightweight, but also feels very durable. That, combined with its relatively low cost, means this is a great mic for throwing into a bag without much thought – perfect kit for hitting the road with a lightweight rig, or for topping even the lightest of cameras if you’re using a better camera than your built-in webcam for your at-home Zoom and video setup.

The single cable, battery-free nature of the MKE 200 also means you really don’t have to worry about anything else than fixing it on the cold shoe mount and plugging it in. Sennheiser has also done a good job of extending this simplicity to its performance – out of the box, it sounds pretty great on my Sony A6400, with the default audio settings on the camera.

As for the threaded 3.5mm stereo connector, it’s definitely not strictly necessary – but it’s the kind of quality detail that has earned Sennheiser its stellar reputation. The locking thread means you have one less point of failure to contend with – yes, the cable might still accidentally snag on something and pop out of the camera side, but it won’t budge from the mic.

Sennheiser’s included fuzzy windscreen is another useful addition. It’s sort of like a sock that goes over the entire mic body, and it does a good job of eliminating wind noise. This is something that you might see other mic makers offer as a sold-separate accessory, so it’s great to have it included in the sub-$100 price tag.

The Sennheiser MKE 200 is a great example of a company reading the room and delivering a product that’s perfectly suited to the needs of a broad category of its customers. At under $100, it’s a great and almost impulse-buy level addition to just about every amateur creator’s toolkit. It might not have the range or maximum audio quality of a more expensive dedicated on-camera shotgun mic, but it’s got plenty of power for any vlogging or close-range interview applications, and it’s particularly well-timed for launch since it makes the perfect companion to any compact mirrorless or DSLR camera you might be using as a webcam for your remote videoconferencing, education and event needs.