WeBull & Robinhood Penny Stocks Under $1 To Watch Before Next Week

One of the fastest-growing platforms for trading penny stocks this year is Robinhood. The app boasts one of the highest client tallies among all brokers offering access to stocks under $5. The first quarter alone saw millions of new accounts open up on the app.

The ease of use of this gamified trading platform has captivated new traders. I’ve had a chance to speak to plenty of these newbies asking them why buy penny stocks on Robinhood. The simple answer is that it was easy to sign up and easy to place trades.

What I will throw in here is that it may be easy to buy but not so easy to sell in some cases. Robinhood has become its own meme among the trading community. This is especially true on discussion platforms like Reddit. Penny stocks, blue-chips, options, whatever is traded, trader take jabs at the app.

The main source of concern comes from technology hiccups that Robinhood users have encountered. These aren’t small hiccups either. There’ve been entire days that the application is shut down leaving traders high and dry. There are also instances where a Robinhood Glitch allowed for seemingly unlimited margin in certain trading settings.

Whether you trade penny stocks on Robinhood, ETrade, TD, Interactive Brokers, WeBull, or others, everyone has the same goal in mind. That goal has everything to do with making money. In the stock market today, we’ve started seeing more traders using their phones to buy and sell stocks. With this in mind, here are some trending penny stocks under $1 on Robinhood and WeBull right now.

Ocugen Inc. (OCGN Stock Report) had a great start to August coming off of big momentum at the end of July. OCGN stock started moving after the company’s news of an upcoming presentation at the World Orphan Drug Congress on August 24th.

However, after reporting earnings mid-month, OCGN stock started to slip. This week the penny stock broke below $0.30. Considering it was at $0.80 just weeks ago, it’s a significant drop. OCGN stock is down but it might not be out. On Thursday, we saw a surge of trading and obvious buying volume push shares from $0.31 to highs of nearly $0.40.

What’s happened recently that would trigger this momentum? Well, there haven’t been many new updates this month from the company. Furthermore, the only “new” item is a late-August filing showing the company was granted a patent. Unfortunately, it pertained to discontinued treatments. Coming up next for Ocugen is a presentation at the H.C. Wainwright Investment Conference on September 15th. CEO Dr. Shankar Musunuri presents on OCU400 and upcoming planned milestones. 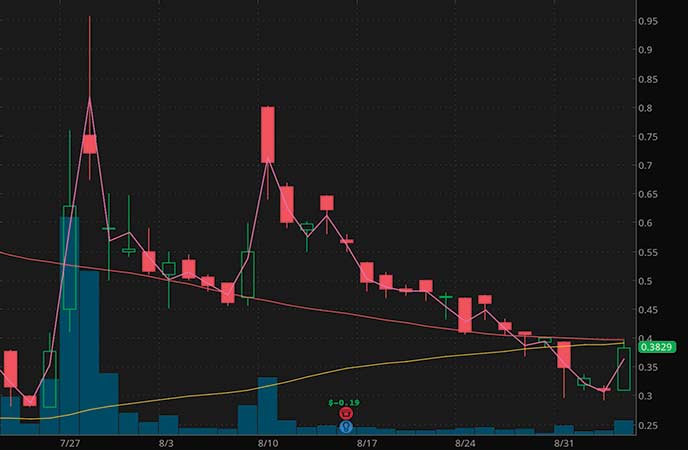 The9 Limited (NCTY Stock Report) traded normally for most of the Thursday session. The penny stock has worked to recover after a near 2-month bear market. In early July, cracks started to show in NCTY’s support levels, it started with a test of its 200 Day Moving Average, continued with a drop below its 50 Day Moving Average, then a full rug pull heading into September. Shares dropped from highs of $0.92 to a low of $0.378. What was the main catalyst behind this move?

In my opinion, it had to do with the slew of filings dealing with issuances and a formal prospectus for a $10 million offering in August. Something to note, however, is the use of proceeds. In its prospectus, the company said that part of the $10 million, after fees, would go toward “mobile game development, license fee payments, and hyper-casual game operation.”

Furthermore, the company cited that its Mid-core Match-3 mobile game is under development. Furthermore, it expects an Alpha version to be tested internally this quarter. Considering this is the final month of Q3, speculation could be starting to target this. What’s more, and the reason for mentioning NCTY stock in the first place is what happened Thursday. During the final 30 minutes of the afternoon session, prices began surging and continued into after-hours trading. Will this continue into Friday’s opening session? 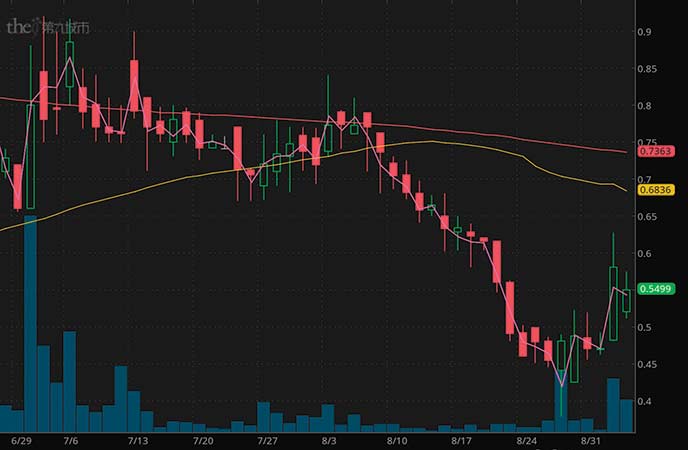 Adamis Pharmaceuticals Corporation (ADMP Stock Report) saw a similar trend as NCTY on Thursday. The penny stock continued its previous, sideways trend from the week. However, during the afternoon session ADMP stock began spiking. There wasn’t any premarket news or mid-day update. However, shares ended up jumping from lows of $0.57 to a high of $0.6549 and headed higher after the closing bell.

During August, ADMP gave back the majority of the gains it saw in July. The bulk of the drop came after the company reported its Pre-IND feedback from the FDA to advance its Tempol treatment. This was followed by its Q2 earnings during which the company highlighted adverse effects on its revenue due to COVID-19. In fact, revenue fell over 30% while also missing Wall Street estimates.

Why could ADMP one of the penny stocks to watch right now. After settling out around its 200 Day Moving Average, ADMP has popped in light of a recent update. This had to do with the company’s adjournment of its annual meeting. Something of particular note was with regard to a proposal for a reverse split. This is something investors appeared nervous about over the last month as well. Needless to say, while the proposal was approved by a majority of votes cast at its annual meeting, it wasn’t approved by the majority of the outstanding shares entitled to vote at the meeting. That’s right, no deal.

Dr. Dennis J. Carlo, President and Chief Executive Officer of Adamis Pharmaceuticals, stated, “We are pleased with the outcome of the annual meeting and most appreciative of the efforts of our shareholders to participate in the process.  We now eagerly look ahead to what we expect to be an approval and a commercial launch of ZIMHI [the company’s opioid overdose treatment] before year-end.” 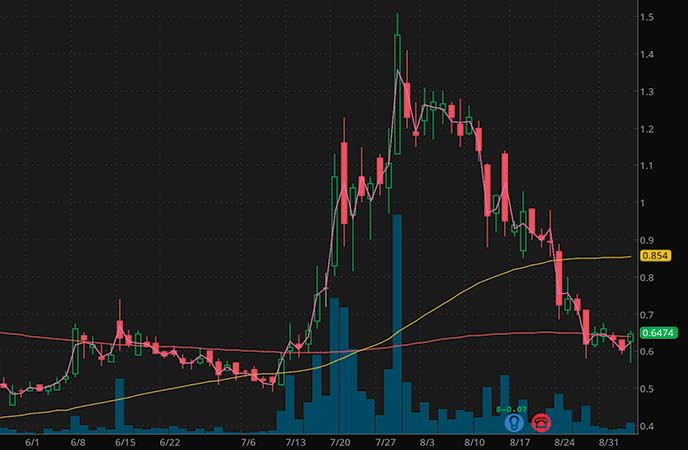 Related Stocks:
Adamis Pharmaceuticl The9 Ltd
Data & News supplied by www.cloudquote.io
Stock quotes supplied by Barchart
Quotes delayed at least 20 minutes.
By accessing this page, you agree to the following
Privacy Policy and Terms and Conditions.